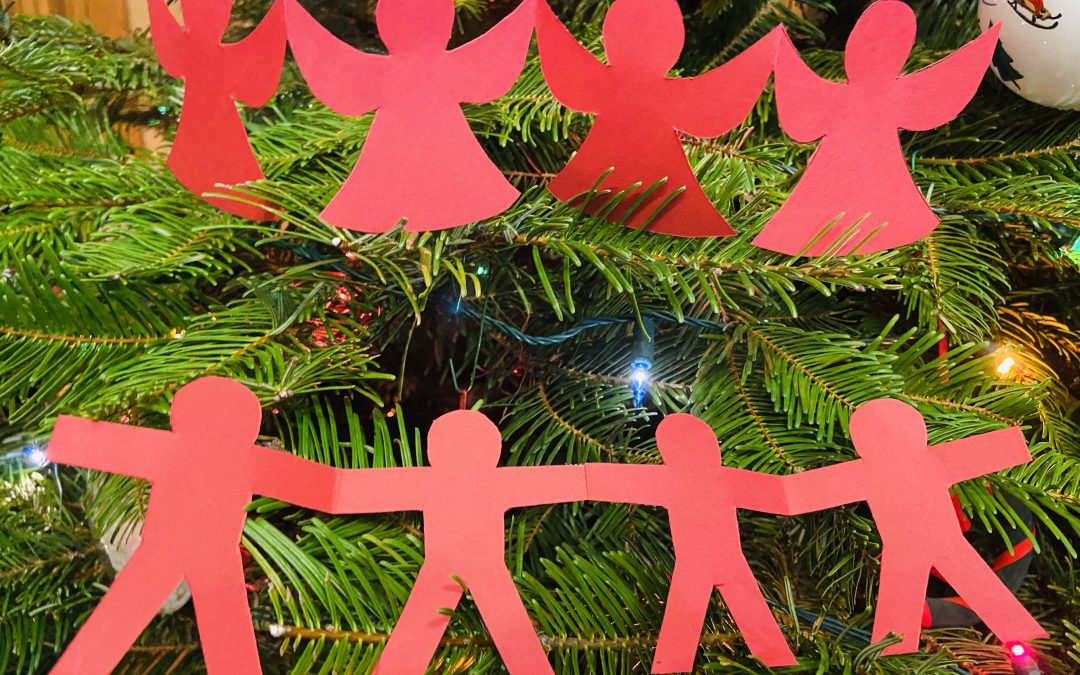 Several years ago my pastor broke his arm. They took him to the hospital and x-rayed his shattered bones. The next day he went in for surgery and–his arm had been miraculously healed! That’s a true story I tell over and over again to friends and family.

There are some stories you can’t tell enough. They’re amazing, powerful and touch your heart. You want to repeat them over and over again.

The true story of the birth of Jesus is a story you can never tell your kids enough.

It’s not a cutesy Christmas story; it’s powerful truth! God, Creator of the universe, took on flesh and became a human being. Because he is Immanuel, he knows what’s it’s like to be you, to feel what you feel and go through what you’re going through. Best of all, it means you can be free from the punishment of sin you deserve and free to love and be a part of God’s family.

That’s a story you never want your kids to forget! So highlight it in a unique way that’ll make it stick for kids.

(For paper chain directions see below. I like to get the templates ready and cut them out as I tell the story. This holds kids’ attention and creates anticipation for the big paper chain reveal!)

It had been a really long day for the shepherds living in the fields outside of Bethlehem.

They were tired. They were hungry. They were ready to sleep. But of course someone still needed to stay awake and watch over the sheep. What happened next kept them WIDE AWAKE: A real live angel appeared! The brightness of God’s glory was shining all around them.

The shepherds were afraid. What was going on? they wondered.

Suddenly another angel appeared, then another, and another until hundreds of angels filled the starry sky.

“Glory to God in the highest heaven,” the angels said, “and on earth peace to those on whom his favor rests.”

Then the angels disappeared as quickly as they came. All was dark again; all was quiet.

POINT TO PONDER: Why do angels shine?

“Did you see what I saw?” asked one shepherd, scratching his head.

“Did you hear what I heard?” asked another shepherd, stroking his chin.

Across the field the shepherds ran to Bethlehem. They found Mary and Joseph and the baby who was lying in a manger. Everything the angels had told them was true!

This wasn’t just any baby. He was the Savior, the Messiah that the people of Israel had been waiting for. He would bring peace to the earth.

This tiny crying baby was King of kings and Lord of lords! His name would be called Wonderful Counselor, Mighty God, Everlasting Father, Prince of Peace (Isaiah 9:6).

POINT TO PONDER: What do the different names of Jesus mean? Why are they important?

Supplies: colored paper, picture template (at the bottom of the page), scissors, pencil for tracing

Print the template at the bottom of this page, then cut around each figure: the shepherd, the angel and the crown.

Fold one strip in half once and then a second time. Flip the last fold out. (See the video.)