My Trip to Carlsbad Caverns – Countdown to Easter, Week 4 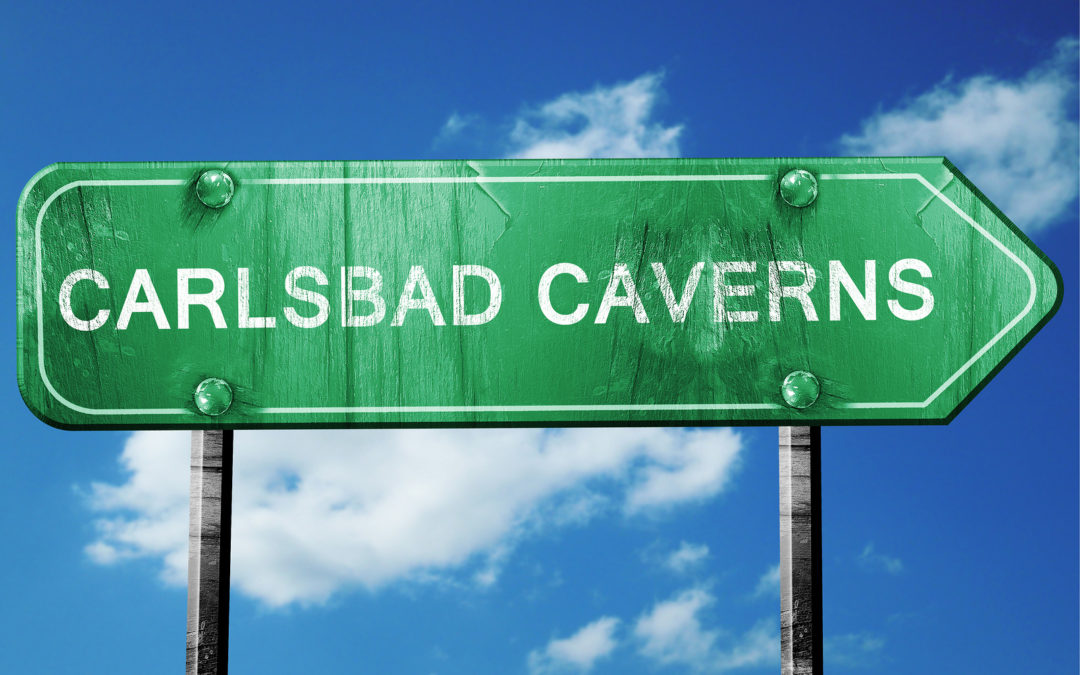 Blessed is the one who always trembles before God,
but whoever hardens their heart falls into trouble.
Proverbs 28:14

(Use this true story as a devotional with your kids on the verse above. See the Easter tie-in below.)

Several years ago our family traveled just across the border from Texas to a remote corner of New Mexico in the Chihuahuan Desert. That’s where we heard the story of a fifteen year-old teen named Jim White.

Jim was out in the New Mexico desert at dusk when he saw something unusual. Off in the distance, an enormous black cloud rose up from the ground and moved quickly across the sky. Jim was curious and set off to investigate.

Turns out that “cloud” was a huge colony of bats. That many bats, Jim knew, had to come from inside a pretty big hole. After finding the hole, he climbed in and discovered a system of 119 caves that today are now know as Carlsbad Caverns.

The ceilings of the cave are covered with stalactites. (C for ceiling.)

The cave floors are covered with stalagmites. (G for ground.)

A pointy stalactite doesn’t start as a stalactite, it starts as a drop of water dripping from the ceiling of a cave. Calcite inside the water makes it get hard. 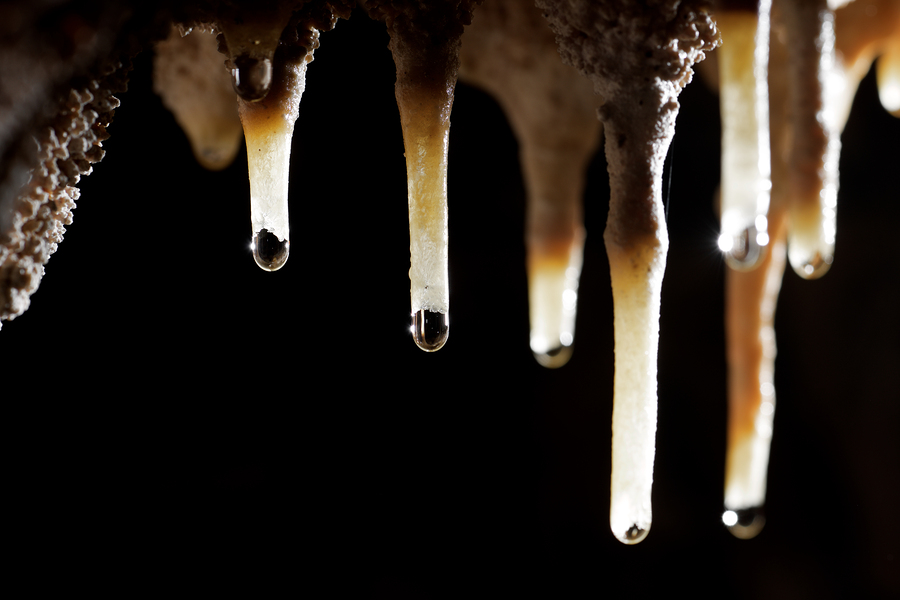 The drip gets harder.

The drip gets longer.

The drip gets bigger.

And soon you’ve got a cave “icicle” hanging from the top of the cave.

The same thing happens with the drops that hit the floor of the cave.

The drip gets harder.

The drips pile up and get taller.

The pile gets thicker.

And soon the drip-drops on the ground have turned into an upside down cave “icicle,” pointing up from the ground. 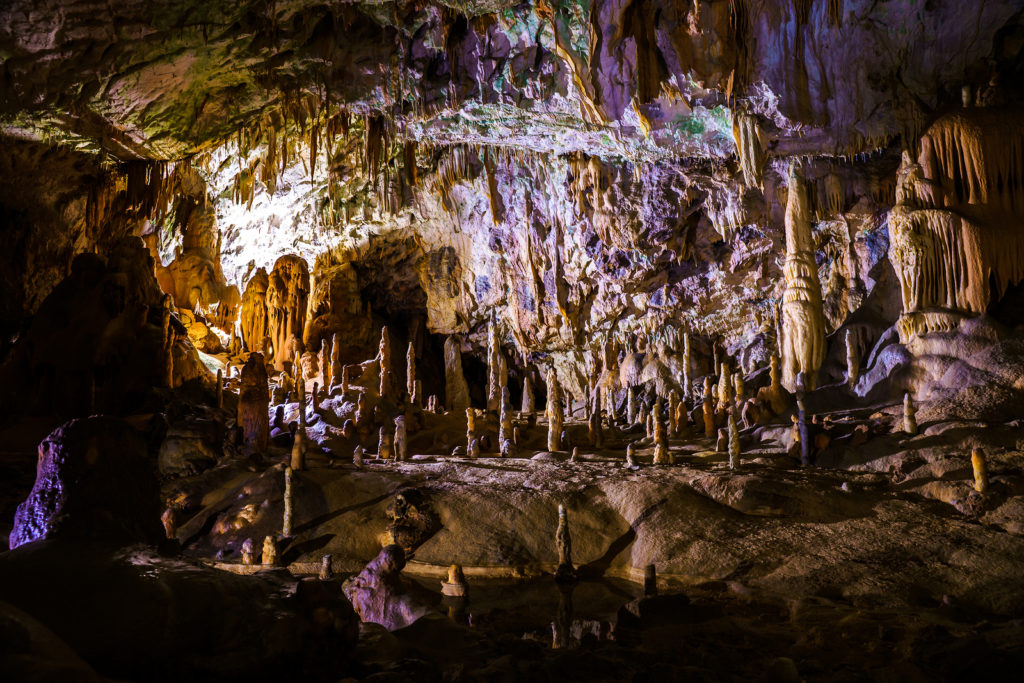 Stalactites hanging from the ceiling of the cave. Stalagmite jut up from the ground.

It all happens slowly over time. Bit by bit. Drop by drop.

That’s exactly what can happen to someone’s heart. Slowly, bit by bit, their heart can get “hard,” meaning they won’t listen to God or to others anymore.

Leading up to the events of Easter, the religious leaders saw many of Jesus’s miracles. They heard a blind man say, “I couldn’t see and now I can!” They saw a man’s crippled hand suddenly get straight. They saw a man named Lazarus raised from the dead. But every time, they choose not to believe Jesus.

That stubbornness later meant they would turn Jesus in to be crucified.

When God speaks to us—through his Word, through those who love us, like parents or grandparents, we can choose to listen or ignore. The more we do something, the more it becomes a habit that’s hard to change. Ignore God and we can run into trouble. But God blesses those with listening hearts. They’re happy because whatever God says he says because he loves!

Don’t have a hard heart. Have a listening heart. Listen to what God says!

(Sign up for the free Family reading plan on the home page.)

Pharaoh, a powerful leader with a hard heart– Read Exodus 7:16; 8:15, 19
Pharaoh would not listen. His heart was hard and he wouldn’t let the people of Israel go.

Don’t have a hard heart. Listen and be sensitive to what God says!