The Showdown! – Countdown to Easter, Week 3 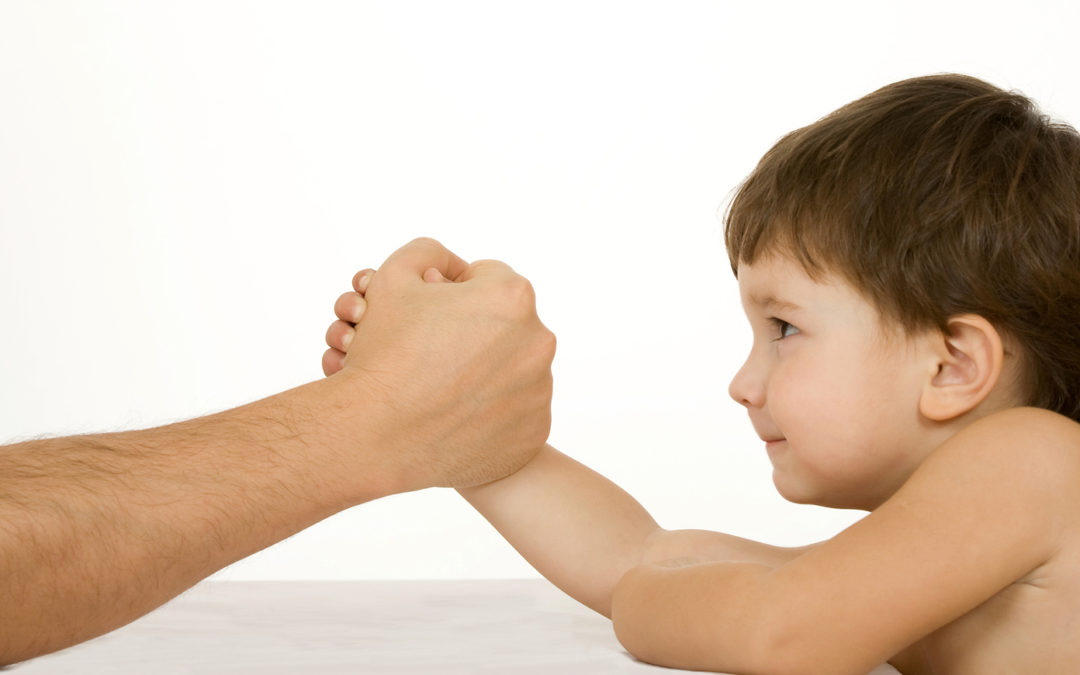 (Week 3 of our countdown to Easter, a way to view the whole Easter story from beginning to end! It’s definitely not too late to jump in.)

Powerful is your arm! Strong is your hand! Your right hand is lifted high in glorious strength.

Start with an arm wrestling showdown (yep, you’ve got that right)

Gather around the kitchen table or kneel next to a chair and have a few arm wrestling matches. Involve adults and children. If you can, include a few adult-to-adult match-ups.

Say...In the Bible, a showdown is a match that shows who is more powerful. In this case, who is REALLY God and who’s just faking it.

Read…about the first 9 plagues in Exodus 7-10 or in a Bible storybook.

Egypt thought their gods were linked to things in nature. The frogs, for instance, were a symbol of one god. But instead of bringing the people good, awful things happened. What they thought was the sun god was blocked out in the darkness God sent.*

God crushed it. In fact, it wasn’t even a match for him. He was judging the false gods. He said “I will bring judgment on all the gods of Egypt. I am the Lord” (Exodus 12:12).

Later in the week: The second showdown

Then say…The amazing miracles you read about in the Bible are EVEN MORE more than true stories about someone in pain suddenly having no pain or a person with epilepsy never having a seizure again. The miracles were a showdown between Jesus, Son of God, and the enemy, Satan. Between the kingdom of God and the kingdom of darkness.

For a long time, the enemy had tricked people into thinking he had true power. Not any more! Jesus crushed the forces of darkness and put the enemy in his place. It wasn’t even much of a match. God’s Word says, “The Son of God came to destroy the works of the devil” (1 John 3:8).

So what does that mean today?

God’s hand is strong; his arm is powerful!

(All the readings are available when you sign up for the free Family reading plan on the home page.)

The first showdown: The first 9 plagues – Read sections from Exodus 7-10.
God showed that HE is the one true God. Each plague condemned the gods of Egypt.

The second showdown: Jesus and the kingdom of darkness – Read Matthew 4:17, 23-25.
Through his miracles, Jesus showed the first signs that things were going to change: HIS kingdom was now coming to the earth.