God’s Design for Families: The Gift of Parenting (Part 4) 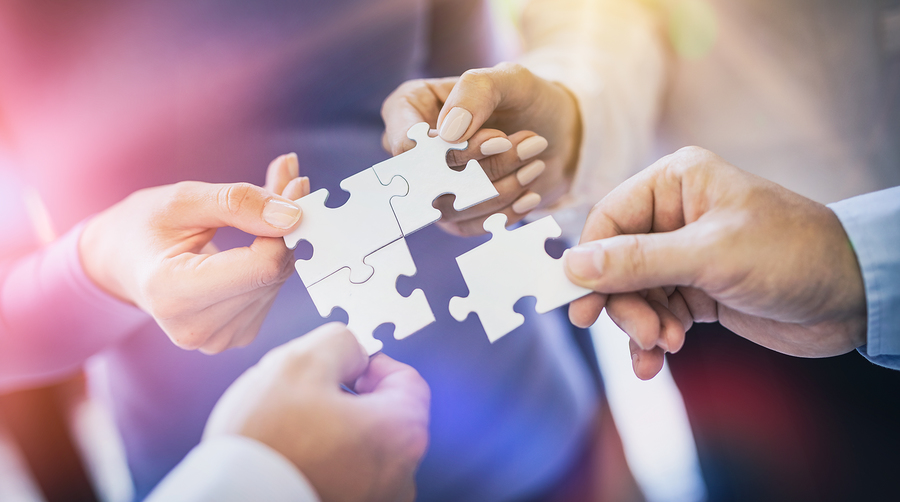 (The last of the God’s Design for Families series.)

Little Anna Nell is as cute and bright as they come. She loves to laugh and devours her mashed bananas with enthusiasm. She’s crawling and has mastered picking up tiny pieces of chicken and popping them into her mouth.

But plop a geometry book down in front of Anna, and she won’t have a clue what to do. It’s not that she isn’t bright. She is. But eight-month-olds can’t manipulate abstract concepts.

God knew that, and in his wisdom gave kids a concrete person who they CAN see, hear, smell, feel, and hear—you! God’s design for parenting is showing your kids who God is and coaching them to be more like him.

The ultimate parenting goal isn’t…
raising your kids right,
teaching them to be good,
giving them opportunities to develop their gifts,
making sure your kids subscribe to a system of beliefs.
None of these things are wrong, of course, but the real point is introducing them to a person—Jesus.

Do your kids know God better because of you?
Does your relationship with Him make your kids want what you have?

How on earth do I do that?!

In their book Discipline that Connects with a Child’s Heart, Jim and Lynne Jackson describe messages that parents communicate to their kids–each, in my opinion, goes a long way to showing kids who God is. Their approach is excellent!

Parents use actual words to communicate…
“It’s time to take a bath.”
“Finish up your homework.”
“You did an awesome job!”

They take specific actions…
give a hug,
pat on the back,
wipe up the spill on the floor.

But behind words and actions can be another underlying message. Sometimes it has more to do with how a parent says or does something or what they indirectly communicate.

Their words may say, “I forgive you for dropping the glass on the floor,”
but the way they’re pursing their lips says, “You’re a disappointment to me.”

Their words may say, “Thanks for helping me clean the bathroom,”
but the way they keep touching up the sink and toilet tell their child, “You didn’t do a good enough job.”

Their high-five may say, “You did great,”
but the lack of a smile on their face may say, “Why didn’t you do better?”

Is there synchrony between a parent’s words, actions, body language, tone? What’s the real message a parent is communicating?

Below I’ve adapted several of the Jacksons’ messages, expanded the meanings and paired them with parenting stories as examples to show you how what you do and how you speak can impact your child’s picture of who God is.

Does your child know you’ll keep them safe, not only physically but spiritually, emotionally? You put guidelines into place to keep them safe on the internet and around the neighborhood. They know their reputation is safe with you; you aren’t going to talk bad about them to your spouse or other parents. They won’t cower around you when you’re upset they did something wrong. You’ve got their back—always.

EXAMPLE: Eight-year-old Jack is on the bus heading home from school. He finished a hard math test and just wants to be home, watch TV and hang out.
When he gets home, his dad is arguing with his mom. They’ve been arguing a lot lately. Sometimes about small things, like who should or shouldn’t walk the dog. Sometimes, like today, they argue about bigger things like if they have enough money to afford a new car.
Jack says hi and his parents throw him a quick hello back. Jack grabs a snack, goes up to his room, and closes the door.

Jack needs to know home is a safe and welcoming space. Arguing parents don’t contribute to that environment; tension can be unsettling. And if only they’d taken the time to ask about his day.

No matter what they do or don’t do, your child needs to know your love is unconditional. You extend empathy and see things from their level. They never run the risk that you’ll withdraw your love–even if they do something wrong or dumb.

EXAMPLE: Ten-year-old Sadie walks in the door and slams the door behind her. She opens the fridge and complains there’s nothing to eat for snack. She snatches away the remote from her brother and changes the channel.
“Hey, Sadie. What’s going on?” her dad asks.
“Nothing.”
“From the looks of it I’d guess you’re having a bad day. Want to talk?”
“It’s just not fair! Macie’s supposed to be MY best friend. Now she just wants to hang out with Tania.”

Sadie’s dad could have gotten after her for complaining, bothering her brother, and slamming the door. Instead, he temporarily side-stepped the negative behavior and first opened the door to conversation to find out what the real problem was. Instead of blowing up and scolding her, he calmly explores further.

Your child needs to know that you aren’t going to give up on them. You see them for who they are and what they can become. You think the best even when the the worst seems more obvious.

EXAMPLE: I can’t think of a better example than how God interacted with Gideon in the Bible (Judges 6). The Midianites are ransacking the country. Everyone is broke and scared out of their wits. Gideon is no exception. He’s threshing wheat tucked down in a winepress, desperately trying to stay out of sight.
The angel of the Lord comes to him and says, “The Lord is with you, mighty warrior.” He wants Gideon to deliver Israel from the Midianites.
Gideon’s very tentative responses to God in the verses that follow hardly seem bold or brave. Still God believes in Gideon.

The first time Gideon obeyed God, he did it at night because he was afraid what the neighbors would do and say. Three times after that, Gideon asked God for a sign. But still God is patient. God sticks with his man.

Part of parenting means giving your child clear expectations and being consistent to enforce them. If you don’t follow through, your child thinks, “He doesn’t really mean what he says. I’m not really responsible.”

EXAMPLE: Jason got a call that his 11th-grader Cory and his friend were racing each other through a light. As a result Cory got in a fender bender.
“How could you do this to me?” Jason says to Cory. “You ought to know better!”
Jason decides Cory will have to work to pay to fix the car. And no more driving for month.
“Come on, Dad. It’ll take me forever to get that kind of money. At least let me drive. I promise I won’t do it again,” Cory says.
“We don’t have that kind of money either. I know you didn’t mean to rear end someone, but you have to accept the consequences.”

Cory knows his dad holds him accountable. He’s not going to get off. But how his dad responded could easily convey that his main problem with what happened had more to do with how it reflects on him as a parent, than concern for Cory’s safety.

A Message of Grace for Parent

I have to admit there can be a downside to using the phrase “God’s design for parenting.” “Design” can become synonymous with an unattainable goal of parenting perfection that you’re sure to fall far short of. Nothing like making you feel worse than you already do.

I made plenty of mistakes as a parent and used to get down on myself. But I’m realizing that God extends me his grace and forgiveness–and more often than not my son did too.

God’s grace is big, rich and lavish enough to cover the holes in the most imperfect parenting.

And the truth is that even if you do everything right—and you won’t—your kids still have the freedom to do what’s wrong. God was the perfect parent and his children Adam and Eve made a life-altering choice.

So don’t beat yourself up if you’re not perfect and make a mistake. You’re just attributing yourself more power than you really have. God is in control, and He works everything together for good.