Answering Tough Questions: “My husband doesn’t think family devotions are important. I’m frustrated. What do I do?” 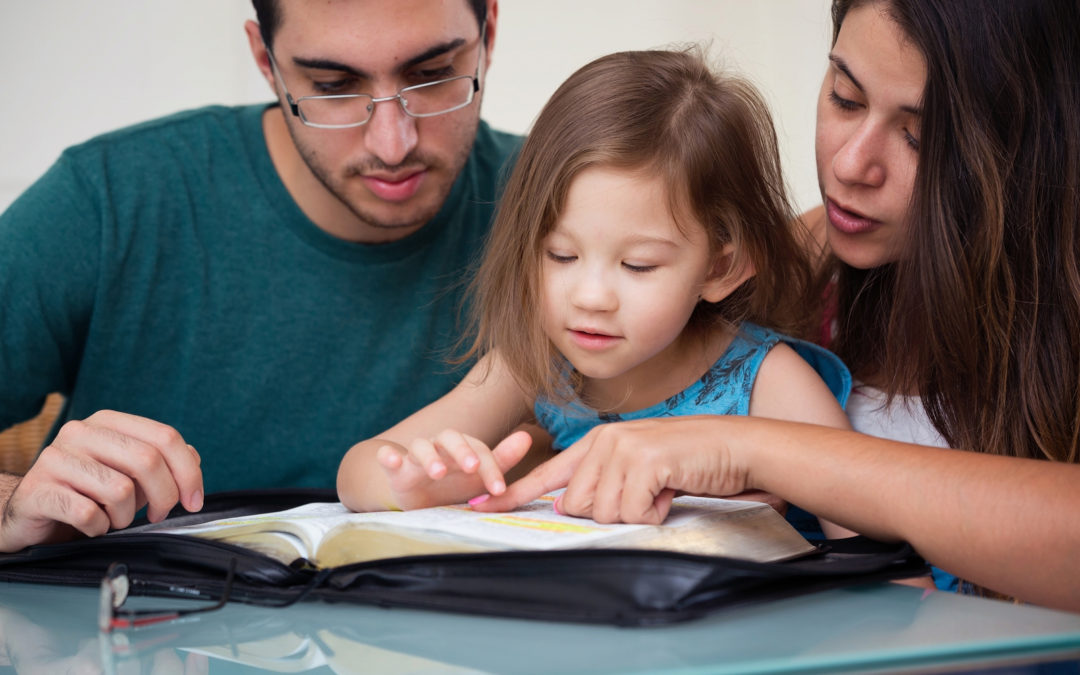 Start children off on the way they should go, and even when they are old they will not turn from it.

When a guy and a girl start to get really serious, one of the first topics they discuss is kids. Whether to have kids and how many is usually fairly easy to settle. But they often sideline discussions on parenting specifics until junior is born. How will they discipline? What does spiritually nurturing their kids look like? Who will do what and how?

Janna and Eric are a couple I know.* Janna works at their church; Eric teaches at a local school. They both love their two boys. They pray over them every night and really want them to know God and his Word. Janna thinks part of that should include having family devotions. Eric, on the hand, didn’t grow up in a family where devotions were ever front and center. And he doesn’t feel particularly adequate for the task of taking on that role.

At dinner a couple of times they read a devotional book together. But any further attempts fell flat; family devotions have never become a routine. Janna is frustrated. It just doesn’t seem to be a priority to Eric.

What’s happening in their home dovetails with a question that came up recently.

How can I make a stand for more traditional forms of passing on faith, like having devotions, when my husband isn’t leading in that area? He doesn’t feel it’s as important as I do.

I’m aware there’s a danger of sitting behind my laptop right now and pontificating on what this woman should or shouldn’t do. It’s so easy to coach from the comfort of my living room. Go to the fridge, grab a Diet Coke, pop the tab, take a gulp-ah–and then cozy up on my chair and clickety-clack away on the keyboard freely offering my opinion.

But I know that raising kids is hard. Agreeing how to do it is really hard. When it comes to areas where the stakes are high—what’s more important than faith and God, after all?—tensions and frustration can grow.

So what do you do? I’m not an expert. In fact, looking back I would have done plenty differently. But along the parenting journey I stumbled on to a couple of things that I thought I’d pass along.

Start where you are

Several years ago I sat in my boss’s office expressing my frustration at not being able to do what I really wanted to do and felt God had called me to—work in ministry with families.

He said, “Carol, look for ways to do what you can right where you are.” I knew he was right. I knew I could start with small things.

It’s easy to look at the gaping disparity between what you want to happen and what isn’t. But what opportunities to talk about faith do you have? One mom I know reads a few verses from Proverbs and prays with her two kids before they leave for school. Another friend makes a point of weaving God into everyday conversations. What can you introduce into everyday life even if your spouse isn’t particularly interested?

Let go of what you think spirituality should look like

When my son was younger I insisted on quizzing him on his homework. I wanted him to take notes on what he’d learned in school and review material, study the topic sentences for key information, and turn off his music so he could focus.

One day he looked up at me from the easy chair where his math book lay sprawled on his lap and said, “Mom, that’s not how I study.”

Gulp. I’d been trying to get him to do what had always worked for me. And, my son’s grades proved that even though he went about it differently, his way was just as good as mine.

The same can be true for spiritual growth. A godly woman in my neighborhood told me that God showed her that how her teenage son and daughter expressed spirituality was going to look different than how she expressed hers.

In his book, Sacred Pathways, Gary Thomas outlines nine different ways that we relate to God and draw near to him. While there are “givens,” he says, like being a part of a church community, the door is open to expressing worship to God in different ways. Some feel closest to God when they’re outdoors, for example. Others find meaning in ritual and tradition.

Seriously, the one approach guaranteed to backfire is pushing your spouse, indirectly or directly and hinting that they should do this or that. I have considerable experience in this area and can confirm—it does not work. Asking is one thing. For instance, “I’d really like to have some family time once a week. What do you think?” Pushing is another. As one of my friends said, “I’ve learned that I’m not my husband’s Holy Spirit.”

I do think it’s worth exploring the reason a husband or wife is hesitant to stick to something like family devotions. Hiding behind the hesitation can be insecurity or a feeling of inadequacy. Eric in the story above, for instance, might be intimidated that his wife has education in ministry and he doesn’t. Or, it can be a matter of indecision about what to do or even a bad memory of being forced to “sit still” on a hard chair when they were little and listen up while mom or dad read on and on from the King James Bible.

Hit the ground and pray, that is. Ask God for an opening to have family devotions. Proverbs 22 says that when we start off kids on the way they should go, even when they are old they will not turn from it (verse six). Early rituals in the home cultivate long-time habits that stretch on into adulthood. What you do as a family shows your kids not only what you think is important but also how to do it. So pray and wait for God to open up an opportunity. Be open to it even if it doesn’t look quite like what you initially had in mind.