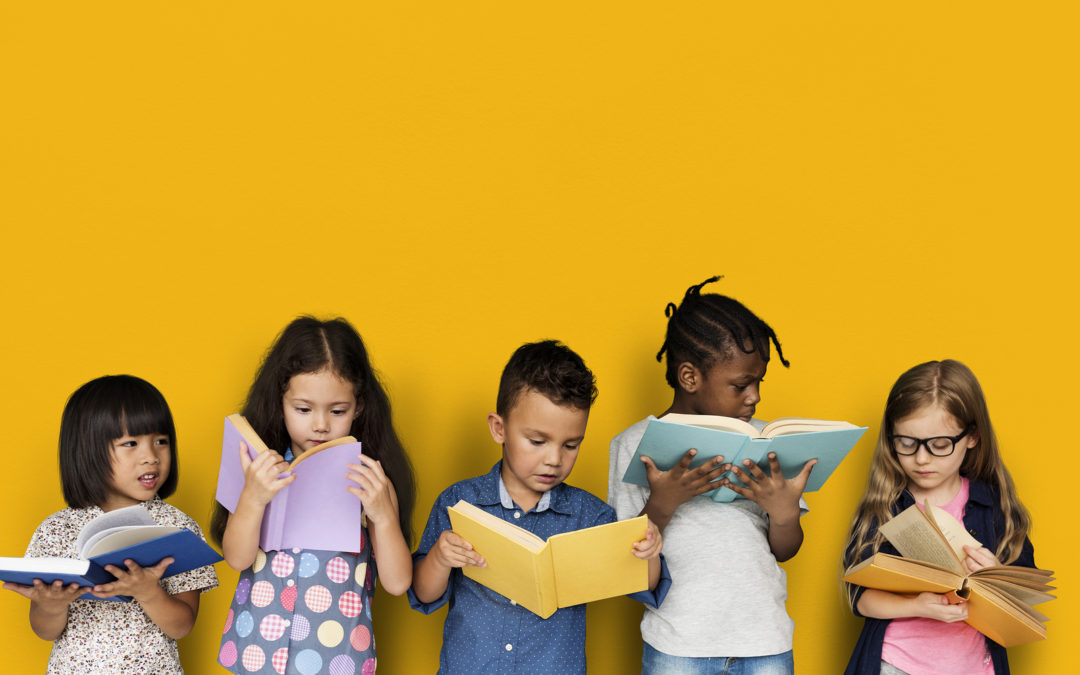 (Summer fun means summer reading. And this tough question comes up all the time in relationship to that. So I’m interjecting this answer into the four-week summer fun series)

No one said parenting would ever be uncomplicated. When I first became a parent I knew I’d face difficult decisions, like where my son would go to school or when he’d be old enough for his first sleepover. But I never expected those complications to show up in the library or at Barnes & Noble. Who was I kidding?

Some books, and movies for that matter, fall in the “100% okay” category. Others land in the “No way I’m going to let my daughter read that” category. Then there are other books you don’t know what to do with. And it doesn’t help to hear a little someone say, “But everyone is reading it, Dad!”

How do you know what to do? That leads into this tough question…

My child loves to read fantasy books that include things like goblins and witches. Since it’s fantasy and not real is it okay to let them read it?

For some parents this hardly qualifies as a tough question. No witches, no goblins, no demons, nowhere, under no circumstances and that includes fairies and anything remotely non-Christian.

Other parents aren’t convinced. They would never let their kids use magic but reading about witches in fantasy literature is a different.

So what do you do?

I think secretly what we want as parents is a formula for answering this question. Maybe a list of rules we could follow, a bullet list of do’s and don’ts. Wouldn’t that be nice?! The problem with that approach is there isn’t a rule for everything. God never says in his word, for instance, “Don’t read Harry Potter or don’t dress up like a witch.” And rules don’t solve everything; there’s always a loophole that doesn’t cover everything (Congress is proof of that).

It’s more helpful to look at the question through the eyes of relationship, rather than rules. My husband, Kjell, for instance, really likes this white chocolate cheesecake. It takes me 12 hours to make. No joke. But it’s totally worth it because I love him (and it is to die for).

But he has an aversion to zucchini. I’ve tried breading, frying, grilling, and boiling it but it hasn’t budged from the “thank-you-but-no-thank-you” column. Because I love him, I go out of my way to do what he likes and avoid what he doesn’t.

To read or not to read books that center on goblins, demons, witches, witchcraft isn’t really about what your kids should or shouldn’t do. It’s about what the God they love and the Father who holds them close likes and doesn’t like. And it’s painfully clear that witchcraft doesn’t make God’s list of top favorite things. The topic of sorcery devotes attention to the enemy he crushed.

But what about the fantasy aspect? After all, reading about something isn’t the same as doing it or condoning it.

I think the fascination with fantasy speaks to how kids are made in the image of God. They are spiritual beings like the God who created them. They instinctively know there’s something more than the physical world they can touch, see, smell, hear, and hear. Life stretches beyond the here and now.

And like the God who formed them, kids like to create, not just with their hands but with minds and ideas. So fantasy and imagination is a way for kids to create with their minds and appeal to the world that goes far beyond what they can see.

That said, God was kind enough to give imaginations boundaries. I imagine he’s like a parent who pulls out the paints, crayons, and markers sets them on top of a huge sheet of butcher block paper and says, “Have at it. Draw and create however you want—BUT don’t draw on the walls or the floor.”

I believe those limits include topics that surround witchcraft. A bit of my personal story comes into play here. From age eight to eighteen, I lived in southern Brazil. My parents lived there another twenty years. Curses and demons and séances and witchcraft and fetishes were not fantasy at all. They were and are very real.

Some fantasy literature makes kids dwell on this evil reality. Parking their minds on that realm is hardly “setting our [their] minds on things above” (Colossians 3:2). After reading a book, will your child walk away with a better understanding of the enemy’s world and vocabulary? Or after hours of reading will they understand a little more of the kind of thing that makes God smile?

What does your child’s summer reading make them think about?

Where does it cause their minds to park?

I know there are so many questions within this question. So many “what about this…” Feel free to send me an email. Post a comment.